There are a lot of people who’re having interested to learn and developing android apps.

And I’m sure many of them might have a similar thought about running Android Studio on a Phone.

So let’s talk about this topic, “Can you install and use Android Studio on a Phone?”

Can you install and use Android Studio on a Phone?

First, you have to accept the fact that Android Studio is a recourse-hungry IDE (Integrated Development Environment).

This means it eats a huge amount of resources from your system.

The resource includes your system’s CPU, RAM, and HDD or SSD.

Even if you want to run Android Studio on a laptop that doesn’t have good a CPU and RAM, you will face a lot of trouble smoothly running it.

On a laptop lower than the core i5 10th generation processor and a minimum of 8 GB DDR4 RAM, and you may notice issues like overheating up and frequent screen freezing, not responding on clicking, etc.

Is there any way to develop an Android app?

Well, there are apps to design the mock of your application and write the Java code for your app.

Try using AIDE for this purpose. 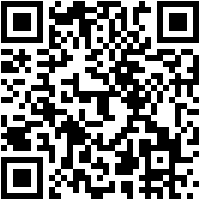 AIDE is IDE that helps to create real Android applications.

If you are a beginner and you don’t have a powerful system, trying out such apps won’t hamper you in any way.

So the final thoughts thus include, that you cannot download and install and use Android Studio IDE on your phone.

But you can use alternative apps to design the mock and write and execute the code for your apps.

Just a tech enthusiast probably be found developing apps, writing articles on websites, or watching Big Bang Theory. If not any of these, then in a place far away from radio waves.